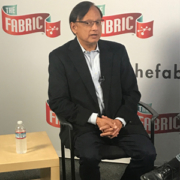 Scaling innovation is always one of the hardest things to do. Very few technology companies can lay claim to be constantly innovating, consistently profitable and continually relevant even as technology continues to get obsolete at a faster pace than ever before. Cisco is one such company that has surprisingly maintained such a pole position for a few decades now and doesn’t look like it’s giving up its dominance anytime soon even as new business models have emerged, competition stays nimble and hungry and their customers reinvent themselves.

Most people think of large corporations as soon to be dinosaurs or perhaps slow moving elephants – big ships that are hard pressed to navigate in waters where speed boats stand a better chance. Perhaps. While working there a few years ago, I had commented that the company had the body of an elephant but the agility of a cheetah. That had resonated with my colleagues back then. There was the quiet confidence that not only was the company innovating, but had built a sufficiently wide moat in scaling innovation and go-to-market that new ideas would come, but they’ve have a hard time replicating the organizational machinery that Cisco had built

Such resilience doesn’t come overnight. Nor does agility. It is built on the shoulders of leaders with vision and great organizational foresight that understand both scale and speed. One such leader is Pankaj Patel, former Executive Vice President and Chief Development Officer at Cisco till he recently retired from the company in 2016.

Very few people in the industry can claim to commandeer engineering organizations that run into tens of thousands of people that truly understand scale. Fewer still that have operated at such scale, understand the dynamics of building innovations at the grassroots level – when an idea is a single bulb – before it emanates enough light to power a city. Pankaj is a person who epitomizes the best of both worlds. He has rolled up his sleeves and waded into startup dirt several times in his career and he has been in the upper echelons of the famed Building 10 at Cisco off Tasman drive working closely with the Cisco CEO John Chambers as well as his successor Chuck Robbins and the rest of the executive team.

I had a great opportunity to sit down recently with Pankaj and get his thoughts on a variety of topics that we broke up into two video segments. The first segment above touches upon captaining large ships and rallying troops to a purpose driven mission. Leadership. This is at the heart of scaling innovation.

The second segments is more about speedboats and startups. Entrepreneurship. Who should get into this and what should their mindset be? Technologies that excite him and the road ahead.

I was a part of Pankaj’s team for the last 2-3 years of my career there and personally had always thought of him as a big company person. My recent interactions with him during the post-Cisco period where I was fortunate enough to collaborate with him at a few startups as well as at the Fabric where he has recently joined as an advisor, exposed a completely different side of his persona. He is a fountainhead of knowledge on companies big and small easily straddling multiple areas of engineering, marketing, strategy with the trademark simplicity and authenticity of a person “been there, done that”, that my admiration and respect for him has grown manifold. In his “retirement”, he seems even more energetic and busier than ever.

I thoroughly enjoyed conversing with him and hope you get as much a kick out of it as I did. Stay tuned for Part 2. 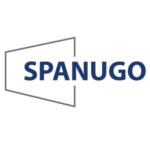 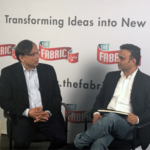 Building the Startup DNA, Fostering Entrepreneurs and the Road Ahead – A discussion...
Scroll to top