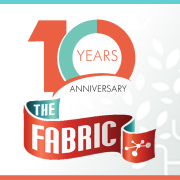 It is hard to believe that it has been ten years since The Fabric was born. It has been an exciting and productive decade of innovation, entrepreneurship, and investment. A dozen trend-setting technology companies have emerged out of these efforts, some very successful technically and in business metrics.

The genesis of The Fabric was in Clearstone ventures when Sumant Mandal incubated an idea that Rajan and Prabakar came up with in 2008: Ankeena (Nokeena at the inception) was founded with a vision that the future of infrastructure lay in software. The idea was further vindicated by the widespread adoption of the product by name brand companies such as Telefonica, Singtel, AT&T, and Apple, capped off by an acquisition of the company by Juniper Networks. The software idea laid the foundation for the subsequent development of The Fabric vision.

Fast forward to 2012: Rajan and Prabakar envisioned that infrastructure must move beyond software and instead become “Cloud Delivered Services”; from a combination of public and private clouds that were then emerging as a platform of choice.

Leveraging Sumant’s vision and experience from his stint at Idea Labs, they collaborated with Sumant to launch the first co-creation studio of the infrastructure space. Simultaneously, the team co-created VeloCloud, a groundbreaking SDWAN company, along with Sanjay Uppal and Steve Woo, two excellent entrepreneurs. VeloCloud achieved great market traction and many plaudits and eventually attracted the attention of VMware. The rest is history…

Co-creation Activities
Since VeloCloud was our first co-creation, Rajan and Prabakar spent most of their time working with the VeloCloud team at The Fabric office in Palo Alto and then later, sharing office space with VeloCloud’s location in Mountain View.
Soon we realized we wanted to work closely with multiple early exploration entrepreneur teams, so we moved to our own separate office space. We also created a small but impactful team: Prem Talreja, who led business development for co-created companies, and Ramnath, who led our innovation team from Chennai, were members of the team since the beginning of The Fabric. The team later grew with Ashu Pande for the business development role and Shasha Mirjana, who ran our marketing initiatives.

Now we have OpsCruise, Cloudbrink, and Copperwire ongoing in various stages of development. All three have exited stealth and have market traction. You can find details on their respective websites.

Building Engineering Teams in the Decade of Change

The past decade saw significant changes in life and technology – behavioral changes in society, use of devices, expectations on speed, explosion of storage, recommendations from Machine Learning systems, scale of deployment, and so on. As we walked through the journey, the initial teams needed an entrepreneurial mindset and an enormous appetite to brace the changes and lead the charge. We had to build teams on and for nascent technologies where experienced engineers did not exist. We drew upon our connections and goodwill to attract great talent in areas where we were barely knowledgeable! With strong conviction in what we believed was the technology roadmap of the future, we were able to convince rockstar engineers to join us early and were fortunate enough to build multiple teams for all the companies through the India Innovation Lab.

Thought Leadership Activities
We have hosted Annual Summit events for 300 CXOs, enterprise executives, and entrepreneurs in the cloud and IoT infrastructure space. We grew our team, a network of advisors and investors, and decided to move to the larger office in Sunnyvale.

Rajan and Prabakar also hosted monthly Spotlight talks where cloud influencers discussed all things cloud, infrastructure, and entrepreneurship in our office in Sunnyvale. We enjoyed every conversation with our guests from the VC community, enterprise executives, and CIOs. Thanks to Shasha’s keen efforts, when Covid-19 happened, our Spotlight talks moved to Zoom without skipping a beat and continued to garner great attention via LinkedIn posts.

If we look back and ask if we would do it again, the entire team would, in unison, say emphatically without hesitation: Yes, we would!

For the last ten years, we have launched 12 companies, and 6 have been acquired. VeloCloud by VMware, Appcito by A10 Networks, Perspica by Cisco, IoTium by View, Spanugo by IBM, Mesh7 by VMware, and three companies are still going strong.

We are grateful we have had a chance to work together as a team for so many years. Along the way, we have worked with some great entrepreneurs, created a network of cloud infrastructure industry executives, enjoyed the creative process, and created some great technology and investor value. We look forward to continuing to work with entrepreneurs in several ways as we proceed.

Thank you to all of you for every interaction you have had with Team Fabric. We couldn’t have accomplished what we have without you. 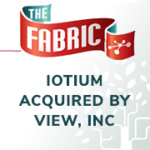