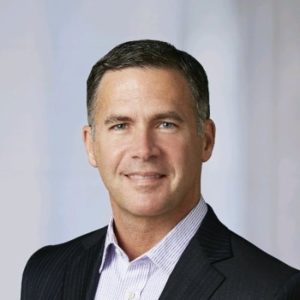 The Fabric is excited to welcome Tom Joyce as the CEO of Pensa. It is a real testament to the founding team of Pensa and Fabric’s deeply collaborative co-creation approach that Pensa could build a technology platform and a product that could attract a highly accomplished business leader of Tom’s caliber. As the Fabric team actively worked alongside the Pensa and March Capital teams to find the ideal business leader, we could easily see how Tom could take the company not only to the next level but scale it to tremendous achievement.

When we met Ujwal Setlur a couple of years back and started collaborating on the Pensa ideation, we were very impressed with his vision of bringing the dev-ops methodology of continuous deployment to the infrastructure world to complete promise of agility of virtual and cloud applications. The Fabric, along with Ramprasad had been exploring on similar lines, and the spark was lit! Having seen that the world of infrastructure was moving towards software we felt that customers could use intelligent automation for continuous development, testing, and deployment – in short, an agile lifecycle of infrastructure. The matching of our visions led to the formation of the company. Ganesh Rajan, who had simultaneously been exploring various entrepreneurial ideas resonated with the Pensa vision and joined the founding team to form Pensa, adding his architectural strength to the team. Since then, The Fabric has continued its active collaboration, with the able support of Jim Armstrong of March Capital, to help the Pensa founding team build the product and initial market development.

The culmination of these efforts has been to attract multiple tier-1 customers and now attracting a terrific leader. Again, welcome aboard Tom! We are excited about the future of Pensa under your leadership and how it will rev-up the agility of infrastructure, allowing it to be designed, tested and deployed on a continuous basis to match the need for speed of today’s application deployments.

About The Fabric:
The Fabric is a startup co-creation foundry and accelerator based in Mountain View, CA, with a focus on cloud/IoT infrastructure space. The Fabric team collaborates actively with entrepreneurs to help create, fund and launch cloud/IoT infrastructure start-ups. The Fabric approach is a high touch model, applying the Fabric team’s extensive entrepreneurial and operational experience through the entire lifecycle, from idea creation through scaling the business. More information on The Fabric and the co-created companies can be found at www.thefabricnet.com 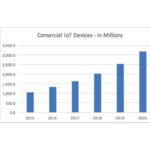