Rajan Raghavan, CEO of The Fabric, for Monty TV at The Montgomery Summit 2018 talks about The Fabric’s co-creation approach in building companies in the cloud and IoT infrastructure space, where and how to find the next big entrepreneur and the next big idea.

Jacki Karsh, Monty TV:  You are watching Monty TV; I am Jacki Karsh sitting down now with Rajan Raghavan. He is the CEO and Co-founder of The Fabric, a co-creation studio.

What is a co-creation studio?

J: Once you come up with the idea, then what happens?

We look for them, they get referred to us, or we find them through our network.

One advantage of being in the industry for a long time is you develop a big network of people. That’s how we find them.

R: The next big entrepreneur. And combined with the next big idea. We look for big ideas, which with the concept we look for, it could be the next IPOable company.

Once we put the company, we put in some formation capital to get the company off the ground, then we assemble a larger team, the entrepreneurs pull together other people, and then we invest seed capital up to $3 million. That allows us to build the product, get it to the marketplace. It takes about 9 months to get the product to the marketplace, then do the initial trials, and then entrepreneurs go look for venture capital, like March Capital, to do the next round.

J: Most people come up with one good idea in their life. How are you coming up with multiple?

R: I don’t know. People wouldn’t give me a job, so I have to figure out how to create ideas, to create companies, to keep ourselves busy, but actually, it’s a lot more methodical than that. If you look at the infrastructure space, if you look a Cisco, or a Lucent, or a Juniper, and you look at all the products then you can say what will be the next generation of these look like, if in the context of the cloud, it’s very hard for existing companies to innovate. They have an innovator’s dilemma. So we can take them, and we consider 20 different companies that can be created out of all these product lines, in the new world of the cloud. That’s one methodology that you can start to use.

J: And after you have created all of these little companies, do you just let them fly on their own or you are very much involved?

R: We are very much involved at least until the series A, and after that, we are still involved in the company. After all, we have spent the first 2 years deeply involved in ideation, go to market, technology development, every aspect of the operations. So the CEOs of these companies always like to come back and pick our brains because we understand the space very well, so we continue to stay engaged but not as involved after the series A round of funding.

J: So it’s like a living mentor, but then it sends you off and gets a little bit of your profit.

Tweets by @TheFabricNet
The Fabric Expands into Europe with EVO Venture Partners Investment and Strategic... 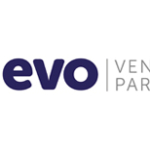 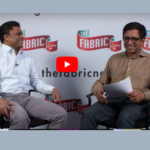 The Next Generation of 5G, IoT Infrastructure & Cloud Computing
Scroll to top