Nine of the biggest trends for the SD-WAN market for 2016 are:

The net neutrality debate doesn’t go away and, it won’t matter – The net neutrality fight was all over the news in 2015. 2016 won’t be any different. If you don’t know, the net neutrality fight is about whether companies or customers will be granted a faster lane for bandwidth hungry web-based services and applications. Until SD-WAN (a network overlay technology) showed up on the scene companies had two choices; buy a fast private line, or risk unacceptable performance using public broadband. Now with SD-WAN they can get faster Internet speed and reliability at a fraction of the cost of private lines, making the outcome of the neutrality fight irrelevant to business.

SD-WAN technology gets enough momentum to cross the chasm – With more than two dozen SD-WAN vendors and counting, and 100s of customers jumping on the SD-WAN bandwagon, it’s safe to say that SD-WAN technology has gained enough momentum to cross the chasm in 2016. That’s because it fills a pent-up market need at a time when companies are pressured to do more with less; and private WANs can’t keep up with the ever-growing number of bandwidth hungry applications and services.

The “Apple-like” store trend will cause an SD-WAN stampede – With the new trend in retail to create an “Apple-like” retail experience that includes an in-store, virtual assistant, real-time product and coupon searching, guest Wi-Fi, and mobile check-out, connections must work reliably. The apps and services that make up a modern (“Apple-like”) store experience simply can’t be supported by a retailer’s WAN due to bandwidth capacity limitations and the fact they can easily suffer from disruptions (latency, jitter or packet loss). Even a small disruption can ruin the whole experience instantly. Plus expanding a private WAN is cost-prohibitive for retail stores who are growing, sometimes adding dozens of new sites. That’s why I predict there will be a stampede to SD-WAN technology due to its low cost, high performance and unbeatable 99.99% reliability.

A massive compliance or security breach in 2016 will cause IT to turn to SD-WAN – Every year IT is losing more and more control as employees, partners and Enterprise users flock to the cloud. In many cases IT is being bypassed.  Corporate IT has a set of sanctioned cloud services while at the same time there are dozens if not hundreds of cloud services being used within the Enterprise which are not sanctioned.  In most cases IT isn’t even aware that these applications are being used.  I think we will unfortunately see a massive compliance or security breach in 2016. IT will take a hard look SD-WAN because it can give IT back the security, compliance and control it needs to be safe. That’s because SD-WAN enables corporate IT to gain visibility into the applications being used, apply network-wide business policies, insert security services and extend the wide area network perimeter from the cloud to the branch.

Branch office growth will cause a tipping point for IT to look at SD-WAN  – The need for networks that can affordably handle the modern branch office and remote workers bandwidth hungry workloads brought on by mobile devices and new applications has been steadily growing and shows no signs of slowing down in 2016. This, I predict, will cause a tipping point for IT who typically have to deal with the complexity of a mixing transports including cable, DSL, MPLS and LTE to handle these workloads. Because SD-WAN technology can easily abstract network hardware into a control plane and multiple data planes that can be used with cloud-based management and automation IT can now simplify the delivery of services to the branch office or remote workers. With adoption of virtualized WAN, aka SD-WAN, IT can be more flexible, efficient and cost effective while utilizing their underlying networks.

Enterprise will further converge IT budgets making SD-WAN attractive – There isn’t a day where CIOs aren’t reading in the business and technical press that they can do “more with less”. If nothing else, IT budgets are being forced to at least stay flat. I know IT managers who are being forced to combine their WAN and branch network budgets. I predict that this pressure will make SD-WAN a top-of-the-list candidate for expanding traditional WANs, given its affordability without compromising the manageability, performance, and reliability assurances that Enterprises expect.

Enterprises adopt SD-WAN into their WAN infrastructures in earnest – There are three key realities for traditional WAN ecosystems setting becoming more and more apparent to Enterprises and the service providers who support them:

1) Modern applications and services are growing and require more bandwidth,

2) IT budgets are staying flat or shrinking, and

3) The same reliability, security and compliance are expected going forward.

IT simply can’t just add more private lines/MPLS, as IT once did, because it is no longer a practical or cost-effective solution to buttress their WANs. SD-WAN technologies function as overlay for traditional wide area networks (WANs), enabling IT, in a step-wise fashion, to expand their WAN ecosystems quickly, affordably and reliably. Therefore, I predict that IT will be adopting SD-WAN technologies into Enterprises’ WAN infrastructures in earnest because it makes sense technologically, practically and financially.

Service insertion gets taken seriously, and it needs SD-WAN – Enterprises everywhere are getting the benefits of using business services like file sharing (DropBox), online meetings (WebEx) or VoIP/calling (Skype). In fact, cloud service use is becoming the norm for Enterprises not the exception. But as IT is painfully aware, when applications are delivered from outside of their Enterprises’ WAN the traditional security and control delivered in the Enterprise data center can be left behind.  As a result, Enterprises will significantly increase the adoption of service insertion for security, compliance and collaboration in the cloud and in the branch.  Insertion of these services will be made dramatically simpler with the implementation of an Enterprise SD-WAN.

IT regains control of its network in the cloud with SD-WAN – Because employees, customers and partners are adopting cloud services IT has lost control of its WAN. So, unless IT can bring them back into their WANs there is no hope of regaining control. They can regain control of their business policies, application performance and network by taking the wide area network to them and meeting those services where they live – in the cloud. SD-WAN allows IT to do just that.

Tweets by @TheFabricNet
Modernizing the WAN is key for OmniChannel Retailing and In-store Experienc... 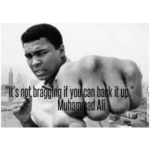 Yes, the Future is Bright and We’re Happy to Wear Shades
Scroll to top